Tonight in the Weekly Cycle 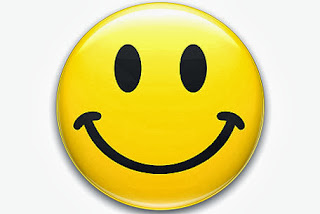 HAAZINU: Because the Lord's portion is His people Jacob, the lot of His inheritance. (Deuteronomy 32:9)

HAFTARAH: Smoke went up in His nostrils, and fire out of His mouth did devour; coals flamed forth from Him. (II Samuel 22:9)

On the ninth week of the year, which sometimes includes Rosh Chodesh Kislev,[1] Haazinu’s verse makes a reference to how Jacob is G-d's portion, his inheritance. This is very much related to Kislev and the events that took place during the time of the Chanukah miracle. The theme of inheritance is in fact the theme of the Pirkei Avot for this week, as explained in Book 1. It is worth again making reference to the Midrash that states, "darkness symbolizes Greece, which darkened the eyes of Israel with its decrees, ordering Israel to, 'Write on the horn of an ox that you have no inheritance in the G-d of Israel.'”[2]

This week’s Haftarah verse is also related to the events of Chanukah. The central theme is fire and coals. The miracle of Chanukah is clearly connected to light and fire. Coals are also an important metaphor for the Jewish people at the time. Coals can be cold on the outside, but hot on the inside – all it takes it to reveal that inner heat. That revelation was apparent at the time, and is still apparent now, when Jews of all types come out of the woodworks to celebrate Chanukah together. The verse also seems related to G-d’s might, which appears related to the other aspect of the Chanukah miracle, the military victory over the Greeks.

The quality for this week is joy, Simchah. Joy, especially of the more spiritual kind, is one of the major themes of Chanukah, specifically praise (Hallel) and thanksgiving (Hoda’ah). It is also one of the main aspects of the Temple itself, and of the service of the Kohanim.

This week’s prophet is Eli. As the Kohen Gadol, he is clearly related to the above. His service in the Temple had to be done with great joy, despite the great difficulties he encountered in his life, specifically regarding the corruption of his children. Similarly, one of the themes of Chanukah is fighting against the corrupting and impure forces of the Helenist culture at the time.

Because roughly half of the time this week falls within the month of Cheshvan, and the four levitical cities associated with the Tribe of Menashe have already been listed, the levitical city for this week is one of the three Future City of Refuge. This city, which will be on the other side of the Jordan river, will likely be in the territory of the Half-Tribe of Menasheh, which also settled on the other side of the Jordan.

Half of the time, this week is already associated with the next month of the Jewish calendar, Kislev, which is related to the Tribe of Benjamin. Half of the Temple’s area, which is also considered a city of refuge, rests in the Tribe of Benjamin. In the future, however, Jerusalem will be its own territory, not associated with any particular tribe.

An important lesson we learn from this week’s quality for acquiring the Torah, is that the state of joy is not supposed to be dependent on the particular situation in which we find ourselves. To be happy is, first and foremost, a choice. We first choose to be happy, and in the merit of that choice, G-d will certainly give us plenty of reasons to rejoice.


[1] As explained in Book 1, even when this week falls completely within Cheshvan, it is nonetheless still connected to the events of Chanukah, as it includes as holiday celebrated by the Maccabees on the 23rd of Cheshvan.
[2] Genesis Rabba 2:4
Posted by Kahane at 11:00 AM