Week 12 (From the Book): Revealing Warmth to Those that Are Cold and Indifferent 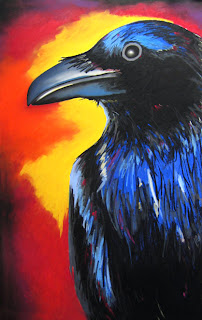 Rabbi Tarfon would say: The day is short, the work is much, the workers are lazy, the reward is great, and the Master is pressing.

He would also say: It is not incumbent upon you to finish the task, but neither are you free to absolve yourself from it. If you have learned much Torah, you will be greatly rewarded, and your employer is trustworthy to pay you the reward of your labors. And know, that the reward of the righteous is in the World to Come.

During the twelfth week, it is the turn of the raven to exclaim with great humility that it is G-d that provides prey when its young roam in search of food. (Job 38:41) This is the week of Yud Tes Kislev, known as the Rosh Hashanah of Chassidism, the day in which the Alter Rebbe was released from prison and the yahrzeit of the Maggid of Mezeritch.

After being falsely accused of treason by the enemies of Chassidism, to the point of being threatened with the death penalty, the Alter Rebbe, through the help of G-d, emerged victorious. The release of the Alter Rebbe on Yud Tes Kislev directly led to a new phase in the history of Chabad philosophy. The Alter Rebbe saw it as not only a vindication of his work in earthly courts, but in the Heavenly Court as well. The Alter Rebbe became much more open and expansive in his teachings.

The redoubled efforts to spread the Alter Rebbe’s teachings, celebrated this week, brought Chassidism’s warmth and love for Judaism into the coldest and most indifferent part of the Jew: the intellect. Geographically, the capital of "intellectual Judaism” was in Vilna, Lithuania, where the Alter Rebbe was sent as an emissary.

Chassidism has the power to uplift even the animals that are the most distant from Hashem. The raven was literally kicked out of Noah's Ark for not obeying its rule of celibacy.[1] The raven is also known for its cruelty and indifference to its offspring. However, even the raven can redeem itself. When Elijah the Prophet fled from the King Ahab and his evil wife, G-d determined that precisely the raven, which does not even provide for its own young, should bring food to Elijah.[2]

At the time Elijah ran away, he was overcome by despair and complained to G-d about the rebellious state of the Jewish people. G-d sought to teach Elijah that, like the raven, we all have the potential for warmth and good; it just needs to be revealed.

Interestingly, the very word for raven in Hebrew, orev, reveals that potential. Orev is related to the word arev, which, as explained in Week 3, means “responsible for the other,” as well as “sweet” and “mixed together” as in the saying, Kol Israel Arevim Zeh LaZeh, which means that “all of Israel is responsible for (sweet to and mixed together with) one another.” This saying also encompasses practically the entire basis of Chassidism and the Torah: to love your fellow as yourself.

The number twelve represents the twelve tribes of Israel. Despite our differences, and setbacks, we all are mixed together and responsible for one another and sweet to one another. Upon his deathbed, Jacob was very concerned about the differences among the different tribes. The Talmud teaches that his twelve sons responded to his concern by calling out in unison: “Listen O Israel (a reference to Jacob), Hashem is our G-d, Hashem is One.”[3]
In Pirkei Avot, Rabbi Tarfon reminds us that "the day is short, the work is plenty, the workers are lazy, the reward is great, and the owner insists [urges]." (II: 15) There is also a strong connection between the New Year of Chassidism and the teaching of Rabbi Tarfon. Chassidism came to light up a fire in order to awaken those who were depressed and spiritually asleep. It was like an alarm clock, a spiritual wake-up call: time is short, now is the time to serve G-d![4]
In this week, the sefirah combination results in hod shebegevurah. This week, we are inspired by the Alter Rebbe, who after facing the gevurah of incarceration, reveals even more the hidden secrets of the Torah through the teachings of the Chabad Chassidism. The sefirah of hod is connected with the inner dimensions of the Torah, the Kabbalah, just as Lag Ba’Omer, which is hod shebehod. Lag Ba’Omer is the yahrzeit of Rabbi Shimon Bar Yochai, who wrote down the seminal kabbalistic work, the Zohar.

A lesson for this week is that even the raven and its offspring recognize G-d’s kingship and the importance of requesting one’s sustenance directly from G-d.[5] We inspire ourselves in the song of the raven, who knows that it is never alone - G-d is always by its side.


[1] Midrash Tanchuma, Noach
[2] 1 Kings 17:2-7
[3] Talmud, Pesachim 56a
[4] Hayom Yom, 17th  of Av, 79a
[5] Psalm 147:9
[Gematria Thought: The number twelve is also closely associated with Elijah the Prophet himself, “a man whose eyes have seen twelve generations." Bear in Hebrew, dov, has the gematria of twelve. The Tanach teaches us that before Eliyahu rose to Heaven, Elisha asked Elijah to bequeath to him twice Elijah’s own power.[6] Shortly thereafter, Elisha purified the waters of a city, and was insulted by a group of youths. When Elisha responded to their insult, two bears immediately appeared and killed them.[7]

Elijah is most likely the biblical figure most associated with the revelation of the hidden and mystical secrets of the Torah. Elijah’s own teacher, Achiah HaShiloni was also the teacher of the Ba’al Shem Tov. It is therefore quite appropriate that he should be connected to the week of Yud Tes Kislev, given that the Alter Rebbe, who was freed on Yud Tes Kislev, taught the kabbalistic secrets revealed by the Ba’al Shem Tov.
The number twelve is also linked to time: there are twelve months in the year, twelve halachic hours during the day, and twelve halachic hours during the night. In the Jewish calendar, a daytime halachic hour (shaah zmanit) is defined as 1/12 of the time it takes from sunrise to sunset. A nighttime shaah zmanit is 1/12 of the time between sunset and sunrise. The exact amount of time of each of these hours varies throughout the year. When the days are long, as in the summer, a daytime halachic hour is equivalent to more than sixty minutes. In the winter, when days are shorter, the daytime hour amounts to less than sixty minutes.
[6] 2 Kings 2:9
[7] 2 Kings 2:23-25]
Posted by Kahane at 7:50 PM