An important lesson we learn from Yered (which means to descend) in our approach to prayer and Divine service is understanding the role of humility. The Chazan (the prayer leader) is called "Yored Lifnei HaTeivah," one who descends in front of the Ark (It is worth noting that early mystics were called Yordei Merkabah, those that descend [to reach] the [Divine] Chariot). The place where the Chazan stands would literally be lower than the rest of the synagogue, and Jewish law forbids praying from a physically elevated place (with certain exceptions). The rationale for all this is because prayer has to come from a place of humility, "MiMa'amakim Karaticha Hashem," one must call out Hashem from the depths, literally. As mentioned last week, it is essential to "Know Before Whom You Stand."
Posted by Kahane at 9:18 PM No comments:

SONG OF THE SEA: And with Your great pride You tear down those who rise up against You; You send forth Your burning wrath; it devours them like straw.
HAFTARAH: this (was at) Sinai, because of the presence of the Lord, the G-d of Israel. In the days of Shamgar the son of Anath,
Talmud Sotah: Daf 7: Being reminded of the righteous deeds of our ancestors.
GENERATIONS FROM ADAM TO THE LAST KING OF JUDAH: Chanoch
JOURNEYS IN THE DESERT: They journeyed from Elim and camped by the Red Sea.
By the seventh week of the year, we are now in the midst of the month of Cheshvan. The verses of the Song of the Sea continue to speak of retribution against Hashem’s enemies related to the Flood.
The Haftorah’s verses contain two different themes, which are in fact related. They describe the presence of G-d at Sinai, and mention Shamgar the son of Anath. This week includes the yahrzeit of our matriarch Rachel, and both of these concepts have significant feminine qualities. The Divine Presence, the Shechinah, is always referred to as feminine, and often specifically in connection with Rachel. The name Anath (lehavdil) is the name of a prominent figure in Canaanite mythology, a warrior goddess.[1] If Anath is in fact a reference to woman, this would be one of the very few places in the Tanach in which a man’s name is stated along with his mother’s name, not his father.
Daf Zayin (Folio 7) of Sotah discusses further the procedure of how a woman suspected of adultery would be taken to be tested with bitter waters. In the process, she would be asked to reconsider whether she wanted to go through with the punishment, and would be reminded of how her forefathers admitted to their sin, repented, and earned a place in the World to Come. This appears related to Rachel’s yahrzeit this year. (See also Book 2 regarding asking “you father” and reflecting upon the deeds of previous generations)
Enoch seems to be the “kosher” version of Cain’s son with the same name. While Cain’s son has a city founded after him, and he becomes immersed in civilization and even more distant from nature and from Hashem. Seth’s descendant, on the other hand, “walks with G-d.” Rabbi Shalom Arush explains that Enoch spent much of his time in seclusion, so as not to be negatively influenced by the world around him. However, he would reappear on a regular basis to teach the people. Ultimately, he was taken by Hashem alive, in a state of purity. As explained in the previous week, the root of the name Enoch, Chanoch in Hebrew, is Chinuch, education, also a parental quality.
In the seventh week, the Jews journey from Elim and camp by the Red Sea. The personal journey for this week is to internalize the revelations related to the 12 tribes and 70 nations, which are both scattered and mixed together in exile (bilbul, like the Tower of Bavel), and getting ready for an even greater revelation, the splitting of the Sea of Reeds. On the week of Rachel Imeinu’s yahrzeit, we feel the exile more deeply, and help elevate it.

An important lesson we learn from Chanoch in our approach to prayer and Divine service is the importance of education. As Pirkei Avot (Chapter 2:5) famously states, "Ein Am Ha'Aretz Chassid," an ignoramus cannot be pious. Even if compared to Hashem we are all complete and total ignoramuses, and even though our connection to Him in prayer is primarily not an intellectual one, there are still basic premises in how we approach the King that require education. Certainly exceptions are made, and everyone, no matter their level of education, has an open and direct line to G-d. Nevertheless, those that have the opportunity to learn how to pray properly should do so. Again, intent in prayer is of key importance, and it becomes much harder to have intent if one does not even understand what he/she is saying.

[1] http://jwa.org/encyclopedia/article/anath-bible
Posted by Kahane at 11:29 AM No comments: 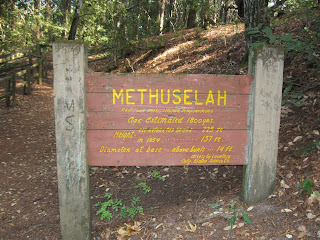 SONG OF THE SEA: And with the breath of Your nostrils the waters were heaped up; the running water stood erect like a wall;

HAFTARAH: in the days of Jael, caravans ceased, and travelers walked on crooked paths.

GENERATIONS FROM ADAM TO THE LAST KING OF JUDAH: Methuselah

JOURNEYS IN THE DESERT: They journeyed from the Red Sea and camped in the desert of Zin.

On week eight, the fourth week of Cheshvan, the verses of the Song of the Sea continue to references to the miraculous punishment that came through water, again drawing a parallel between the events at the splitting of the Sea of Reeds and the Flood.

The Haftorah’s verse mentions Yael, continuing the theme of the role of women mentioned in the previous week. The verse also mentions that “caravans ceased, and travelers walked on crooked paths.” This is perhaps a reference to the crooked ways that had taken hold of the human race at the time of the Flood. The word for crooked roads, “arachot akakalot” appears to have at their root the verb “lekalkel,” which means “to ruin.”

Daf Chet (Folio 8) of Sotah also discusses further the procedure of how a woman suspected of adultery would be taken to be tested with bitter waters. The Talmud shows concern that her testing not cause any illicit thoughs on other men. It also discusses the general concept Divine retribution, which comes in the form of middah kneged middah (measure-for-measure).

Methuselah (מְתוּשֶׁלַח) appears to be a “kosher version” of Methushael (מְתוּשָׁאֵל). Methuselah was very righteous and is the person that lived the longest than anyone else in history (969 years). Methuselah passed away immediately prior to the Flood, and shares his yahrzeit with Rachel Imeinu, this month of Cheshvan. Interestingly, Methuselah’s name, like that of Methushael, starts with the word “met,” which means “dead.” However, while Methuselah’s name then includes the word “shalach,” which means “sent,” while Methushael’s includes the word “sha’al,” which means “asked,” or “borrowed,” as well as she’ol, which is means grave, pit or “abode of the dead.”

While Methushelach’s behavior sends death away from him, Methushael’s behavior seems to be bring it closer. Methushelach’s behavior is life-affirming, while Methushael’s, like that of his predecessors and descendants is the opposite. Metushelach lived in an environment that had been extremely corrupted, and yet maintained his righteousness in a way that was also above nature. That is our challenge in exile as well. This is related to the Pirkei Avot of this week, which mentions things that take a person out of this world. (See Week 8, Book 1)

In the eighth week, the Jews journey from the Sea of Reeds and camped in the desert of Zin. It was at this desert that the food provisions from Egypt ended; the Jewish people cried out to G-d and received the mannah. The Torah also mentions that they had no water, which is also a symbol for the Torah itself. (Bamidbar 20:1-2) Similarly, we are at a point during the year where all our spiritual food provisions from Tishrei are coming to an end, and we have to pray hard for Hashem’s mercy to provide us with the necessary spiritual sustenance to keep going. As we will see during the month of Kislev, the sustenance comes to us in a way that, like the mannah, is totally above nature.

The personal journey is to internalize the great revelations of the Sea of Reeds, and preparing for the new moon, the “supernatural” month of Kislev. (One of the meanings of “Zin” is “moon” and the new moon is empty like the desert, and the Torah states that they arrived there at the new moon. (Bamidbar 20:1-2))

An important lesson we learn from Metuselah in our approach to prayer and Divine service is the need  to simply to affirm life at all times. In order to pray properly, we need to offer praise and thanksgiving simply for being alive in the way that our Creator envisioned for us. As Torah states so clearly, "Choose life!" That is really the only decision we have to make - every day and at every moment.